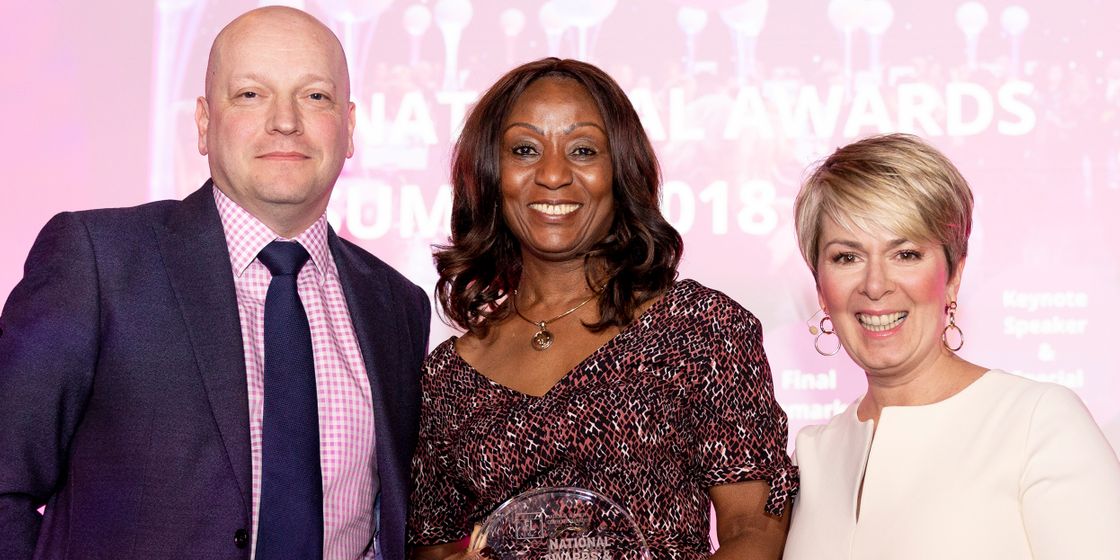 Brewster Partners Recruitment Group were proud to sponsor the grand final of the Forward Ladies National Awards & Summit 2018 which recognised the achievements of the UK’s top business women at a prestigious event last week.

Hosted by acclaimed business journalist and broadcaster Penny Haslam, the awards took place at The Royal Armouries in Leeds on Friday 7th December; where outstanding, entrepreneurial female business leaders from across the UK competed in a total of 11 categories - including STEM Rising Star, Young Entrepreneur and Start Up.

Each finalist triumphed in their regional heat to make it to the national finals, and were put through their paces on 20th November at a live session with an expert judging panel, held at the Manchester office of awards headline sponsor. HSBC UK.

Lara Oyesanya, UK Counsel and Director, Legal at Klarna Bank AB, was crowned with the top award of Forward Ladies Outstanding Business Woman of the Year 2018, after leaving the judges 'amazed and highly inspired' by her 'stunning career'.

Jennifer Crawley, head of the Forward Ladies judging panel and Head of Performance, Small Business Banking for HSBC UK, said: “Lara Oyesanya amazed judges with her drive, passion and determination. Lara has demonstrated an exceptional work ethic and has made a significant impact in her sector. Alongside this, she has been instrumental to various community programmes advocating the rights of children, driven by her passion to motivate and inspire young women.

“We’re proud to be working with Forward Ladies as part of our ongoing commitment to supporting women in business and these awards highlight the exceptionally talented businesswomen we have across the UK. A huge congratulations to all the finalists – they represent the very best in female entrepreneurship and are brilliant examples for the next generation of female leaders.”

The Forward Ladies National Awards & Summit, now in its ninth year, has become one of the most high profile and respected accolades for women, recognising their enormous contributions to the economy, from start-ups to multi-million pound companies. This year’s high-profile speakers included Fiona Daniel - Head of Diversity and Inclusion, HSBC UK - and winner of 2017’s Outstanding Business Woman of the Year award, Susanna Lawson of OneFile.

The keynote speaker was Gina Miller, the businesswoman whose legal action forced a parliamentary vote on withdrawal from the EU. Ms Miller is a philanthropist who is best known for successfully challenging the Government over its authority to implement Brexit, winning in both the High Court and Supreme Court. Her expertise and areas of work cover investments, charities, democracy and political processes; as well as social justice.

Griselda Togobo, Managing Director at Forward Ladies said: “The programme to showcase role models and inspirational leadership is in its ninth year and we are once again delighted to highlight the best women-led businesses and male agents of change, championing diversity in their respective regions.

“Whilst we have clearly made progress over the years, little advancement has been made in bringing diversity to leadership roles. By working together: employers, the government, support networks and as women ourselves, we can bridge the gap quicker - achieving diversity is not an option - it is necessary for our competitiveness as a nation.

“Our regional and national finalists are the everyday heroines, trailblazers and role models who have succeeded despite enormous challenges by breaking through barriers.”

The full list of winners from the national grand final is as follows:

STEM Rising Star of the Year
Aimi Elias, Sky. Aimi Elias started as a civil engineer. Recently she made a career move into software development and now works for Sky.

Brewster Partners Recruitment Group are very proud to be associated with the Forward Ladies National Awards & Summit 2018 and we wish them success for 2019.