What being a Trustee really means 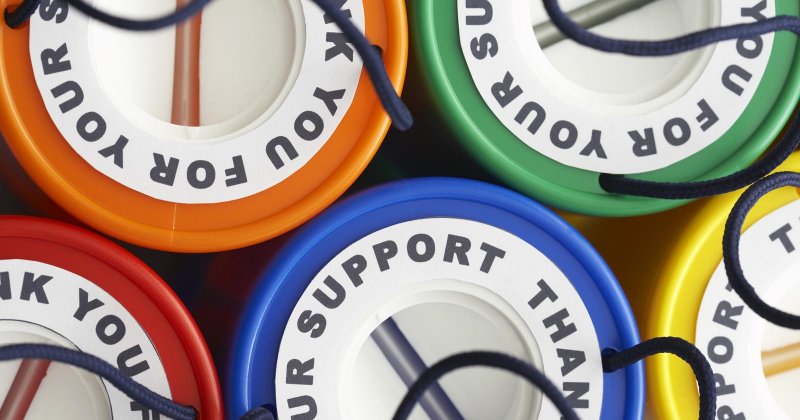 The role of charities and not-for-profit organisations has never been more critical, with the vast, varied and much needed services and support provided by these organisations increasingly expected to meet the needs of some of the most vulnerable in our communities over recent years. Consequently, there is perhaps also an increasing need for us to find our voice and fight our corner to increase the support from government, the public sector and the business community. And we might also need to be prepared to think creatively and work more in partnership with other sectors than ever before, to ensure charities and community groups and those they support survive and thrive.

Charities are also under more scrutiny than ever before. Due in part to some high profile scandals in some large organisations, and also because of increased information in the public domain and on social media. As well as highlighting the importance of expertise, efficiency & innovation in our teams, this also underlines the importance of good governance and an effective Board of Trustees.

Over the years I’ve learned what an effective Board looks like and how it works with the Executive team. First and foremost, you need Trustees who understand what’s expected of them – who are undertaking the role of Trustee for the right reasons, and who are prepared to dedicate the necessary time.

Many of the responsibilities of a Trustee are, as you would expect. For example, ensuring their charity is carrying out its purposes for the public benefit, complying with their charity’s governing purpose and the law, acting in their charity’s best interests, managing their charity’s resources responsibly, acting with reasonable care and skill and ensuring the charity is accountable. However, to do all of these effectively, you need to have the right level of oversight and information, without encroaching on ‘operational’ territory.

The key to this is often in the relationship between the Trustee Board and Executive team. Each need to understand and respect the role of the other and be able to support and challenge each other in a constructive way. Not adversarial, but not too cosy either. So good communication, trust and strong, but appropriate, relationships are critical.

You also need people who understand the difference in the roles between the Trustees and the management team and the governance structures involved. The Board is responsible for setting the direction, the overarching organisational strategy which ensures the charity’s purposes are being adhered to and delivered on. However, they should be advised by, and do this, in consultation with the ‘professionals’ – the management team.

The CEO reports, and is accountable to, the Board of Trustees via the Chair – the Board should not get involved in or interfere with the day-to-day running of the charity, which should be delegated to the management team. However appropriate reporting, checks, scrutiny and support need to be in place to give the board confidence about how things are going – given they are ultimately accountable.

The strength of the Board will also depend on having a diverse range of people, skills, experience, backgrounds and perspectives, but all sharing a genuine commitment to what the charity does and stands for. So there also needs to be a good fit in terms of the culture and ambitions of the organisation and those on the Board.

In today’s world, simply being a ‘good egg’ or a friend of the CEO or Chair is not qualification enough to be appointed as a Trustee. You have to bring valuable skills, experience, knowledge and networks, and be able to compliment those of the other Trustees.

Which brings me to my final, and perhaps most important point. Board members, as well as employees, need to deliver. There’s no room for passengers, so you need a Chair who has the respect of the Board and management team and is willing to address issues and, when necessary, have difficult conversations.

Well run charities can give the private sector a run for its money in terms of areas like innovation, creativity, resilience and efficiency, often admittedly due to “necessity being the mother of invention”. Given the source of their funding and the purpose for which it’s been given, I’d also argue that charities should aim to be more efficient, more cost conscious, and more business-like than any other type of organisation. Their overarching purpose is to deliver, for and get the best possible results for the people the charity is there to serve and support. This is where the focus and loyalty should lie, not to employees, not to management and not to Trustees. So how people perform in a charity, and how it’s addressed when people are not performing is critical.

Whilst dealing with performance issues can be a tricky challenge in any role, it can be particularly sensitive with Trustees, given it is generally an unpaid role. However, regardless of the remuneration, or lack of, performance should be judged on whether they are meeting the requirements of the role and discharging their responsibilities effectively. The vital importance of the role requires a level of commitment and performance that transcends all else. It is the responsibility of the Chair, supported by other Board members, to make sure those in the position understand and execute the role well. So, you need a Chair who has the respect of both the Board and the management team and is willing to grasp the nettle when required for the greater good.

While the ‘rewards’ of being a Trustee may not be ‘material’ and the responsibilities significant, it is nevertheless one of the most rewarding roles I have undertaken. Inspiring, thought provoking, enjoyable and yes, challenging, are just some of the words I’d use. Being a Trustee has also helped me learn a great deal, sometimes think in a different way - and it’s helped me gain insight and experience that’s been useful in many other aspects of my business and personal life. So, for those of you considering becoming a Trustee, if you understand what’s involved and have a true commitment to the charity’s aims, it could be the most rewarding thing you’ve ever done.

Rachel is business angel and board advisor who has started and grown companies of her own and invested in and advised many more. She is passionate about creating jobs and supporting people and organisations to reach their full potential, and not just in the private sector. Outside of her commercial activities she supports a number of charities and social enterprises, is the Chair of Leeds Community Foundation and an Independent Governor, Board member and Chair of the Resources Committee at the University of Bolton.