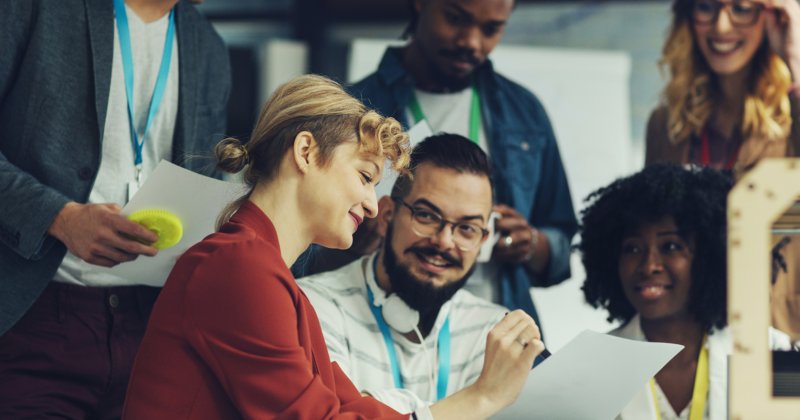 In business, and indeed in general life, everyone fails at one point or another. Nobody can be successful all of the time, which is fundamentally why the way that we deal with failure can be so crucial. The manner in which we assess and respond to mistakes can be an incredibly useful learning tool and a powerful motivator contributing to future success.

If you’re the leader of a team, it’s important to demonstrate to your team members that failure on many occasions isn’t the be all and end all. In fact, it can be sometimes be harnessed as a positive force. Having a zero tolerance policy for failure can have a dramatic impact on an individual’s long term performance and mind-set. Working in an environment in which people are terrified to act out of fear of making mistakes can stunt progress and have a negative impact on performance across a whole number of areas.

To maximise the potential of talent, it’s important to convey to them the knowledge that failure can be a powerful and positive stepping stone for success further down the line.  When your team doesn’t succeed at a task, this should be used as an opportunity to analyse, reflect and develop strong strategies that will help improve working practice, drive innovation and maintain confidence in individual capabilities.

If you’re actively creating an environment where your team feel as though failure is demonised and they feel they may be punished for not succeeding in achieving their goals or meeting their targets, you’ll likely lower morale and foster poor culture within your team.  But it’s also crucially important not to allow individuals to become slack in the knowledge that there will be no consequences to poor performance.

In the first instance, ignoring failure or punishing it and moving on without remedial action doesn’t provide any opportunity for learning.  Analysis of poor performance or mistakes made can often be a powerful tool for not only the team member but you too, as a leader.

Successful leaders set aside time to look at what didn’t work and what ultimately led to the failure, whether it is failure to deliver a project on time, to meet goals, or any other type of failure in the workplace. Identifying the issues and putting in place a plan for how they can be rectified in future means you’re setting your team up for the best possible chance of success and ensuring they have the tools to deliver.

It’s also important to remember that failure shouldn’t be dwelled on. Time should be spent working through what went wrong, what could be improved and what things could be done differently to avoid the same outcome the next time. However, it’s crucial not to spend too long in this phase of analysis or the emphasis on failure can become too strong. Instead, swiftly analyse the errors, discuss how they can be remedied and have a proactive and pragmatic attitude to use errors as a springboard for future positive action.

Leaders who excel at creating an environment where failure is accepted are those leaders who don’t try to hide their own mistakes or errors. Instead, just as with your team, you should use your own failure as a learning experience to help you improve in future. You can then draw from these experiences to help you educate your team on how to ensure they don’t make the same mistakes.

Nigel has 20 years’ experience in the executive search market, and is a founding partner of both Brewster McBride Search and Selection and of the wider Brewster Partners Recruitment group.

He works with some of the most notable businesses in the North of England and has a reputation for delivering against challenging assignments with humour and candour. Nigel is responsible for actively managing a number of key client relationships as well as personally delivering on non-executive search and selection assignments.